The stated motivation of our trip to Whitefish was to finish the Salmon Lady Rapids’ hockey season with a win at the Montana State Girls 19 & Under Tournament. While Idaho has an innovative semiconductor industry, Montana has a much more developed girls’ hockey program. They actually have enough teams to divide into an A and B category — A indicating that nearly all the girls on the team can tie their own skates, and B denoting that to supplement your team you may have picked up players from last night’s roller derby event.

Tourney organizers classified us as Type B, slating the Salmon Lady Rapids against Whitefish, a Helena/Bozeman combined team, and a group of 1st graders from Kalispell. The Whitefish team is fortunate enough to sport the Craven sisters, whose dad was an NHL player (read this if you think I’m lying) and are both being actively recruited  by the Philadelphia Flyers. B League hockey is probably not their only future.

Under any circumstances, the Salmon Lady Rapids showed up against Whitefish Sunday morning with a vengeance. It was fun to watch our kid, Her Royal Highness, come out and skate like her hair was on fire. 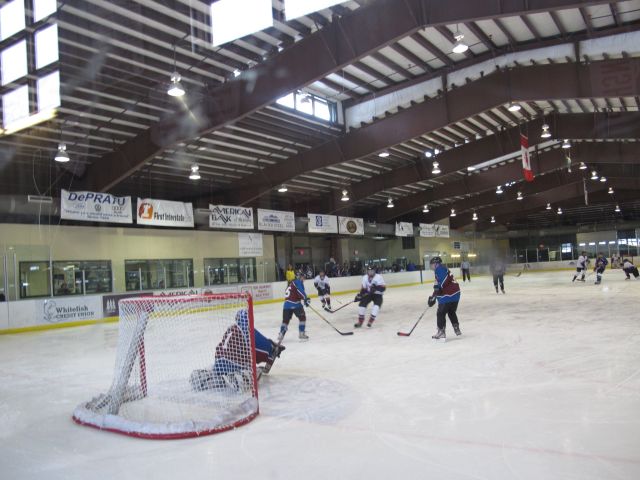 We walked away with the win … 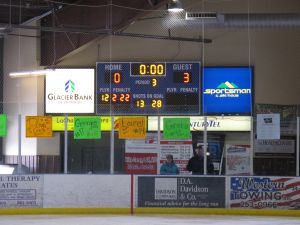 a good solid B win, and great merriment. Next, with the Flathead Valley firmly conquered, the Iron Chef and I offloaded the children to another unsuspecting Salmon minivan driver, and hightailed it to the Bitterroot Brewery invite-only Beer Dinner in Hamilton. This was turning out to be the best hockey trip ever!