After a monumental grassroots effort, we mustered up 49% of the vote in favor of a new school — a far cry from the 66% super majority required by the State of Idaho. The worst thing after SIX tries … I’m  impressed that we almost split the vote.

Nearly half the voting people in Salmon were willing to make a sacrifice for the next generation!

I did hear complaints the proposed K-8 school’s design wasn’t just right (as opposed to our ancient middle school with #2 dripping out of the pipes and through the ceiling). And maybe it’s possible that if we changed some key design elements, we’d attract a whole new crop of yes voters.

For instance, Salmon has a big Demolition Derby tradition. Why not use the playground as the Demo Derby site and change the school mascot from the Salmon Savages to the Wreckers. The proceeds from the gate, beer garden, and halter top and mullet contests would service the bond debt.

Or Greg Mortenson could come out from under the cloak of Three Cups of Tea shame and build schools in Salmon. 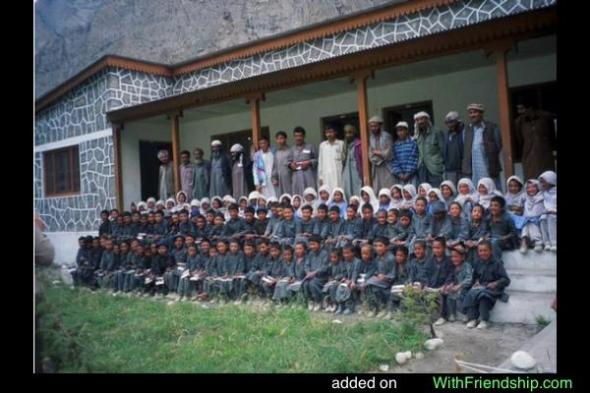 Rotary International could join in the fun and send dentists and optometrists to provide much needed medical services for the children.

Or the Lemhi-Shoshones could be invited back to town and asked to build a casino with a school attached. How beautiful to be able to upgrade our plumbing thanks to the craps tables! For sure we’d have to drop the Salmon Savages thing, but if it keeps the taxes we pay for school buildings lower than the taxes we pay for the county landfill, the compromise might be a necessary evil (besides, we don’t have to exclude the Demolition Derby and the Wreckers idea, do we?).